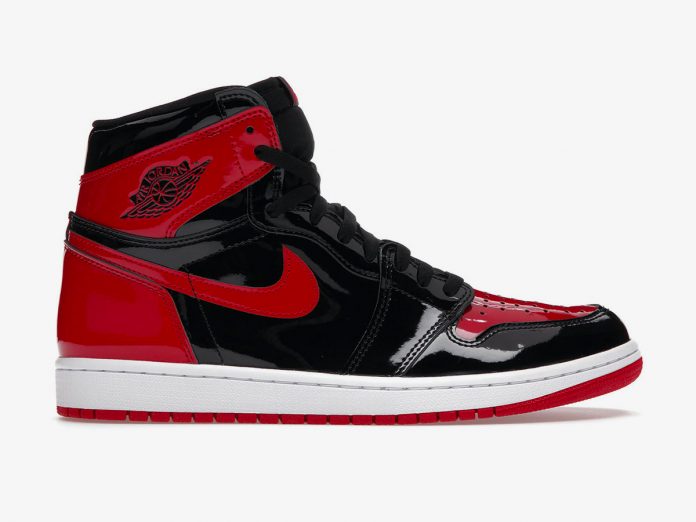 Welcome to Sneaker News #47. Rounding out the year, the Air Jordan 1 is getting yet another sought-after release with the high-shine ‘Patent Bred’. The Air Jordan 1 Low is also set to arrive in a ‘Mocha’ colourway that’s a must-have for Jordan diehards. Elsewhere, New Balance is readying a 1500 release while adidas is offering one more Forum 84 drop for the year. Check out that plus more below. 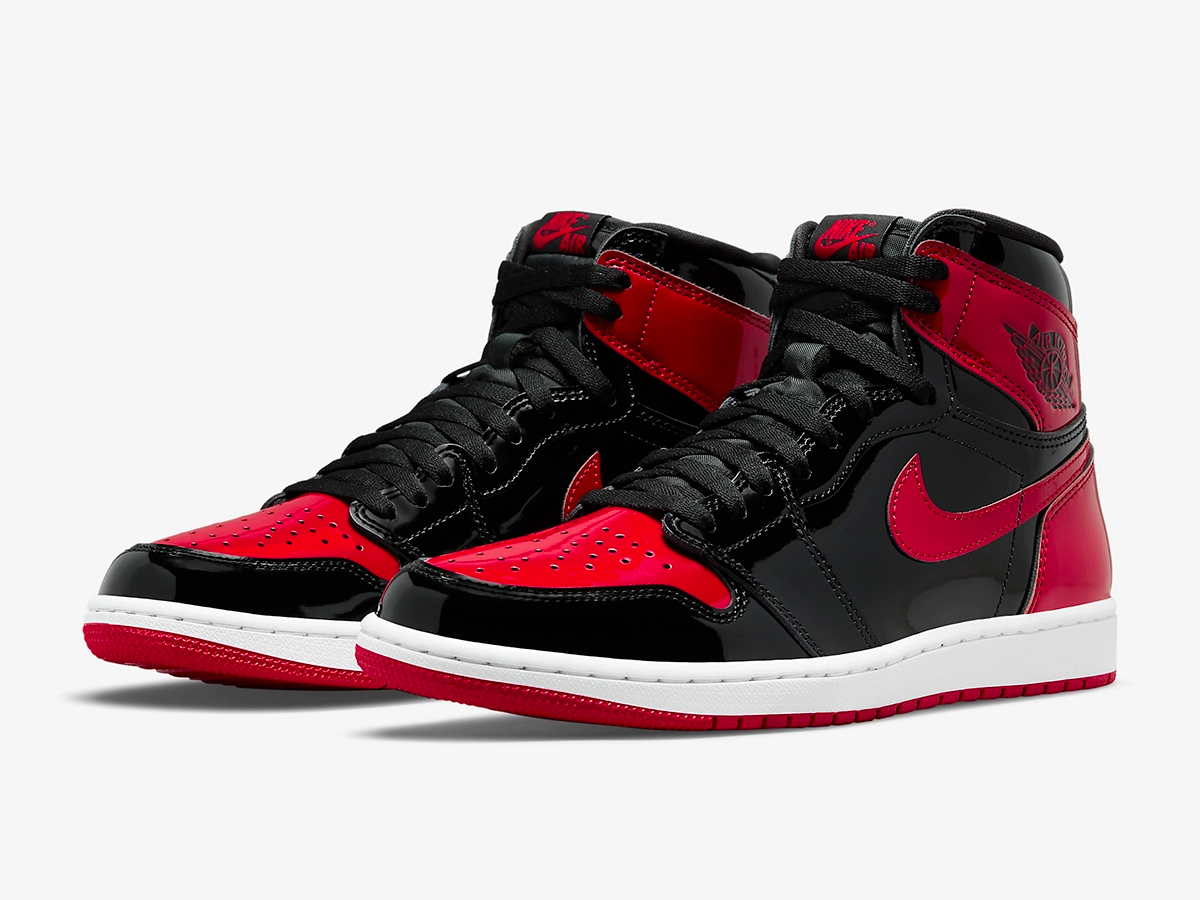 Air Jordan 1 continues to roll back the classics this year and the last cab off the rank for 2021 is the ‘Patent Bred’. The red and black colourway has been a classic for almost 35 years but this time around it arrives with extra shine. The upper on these are covered in patent leather giving them a high shine and elevating them into a new place. It’s like this legendary look has been laminated to last the ages. Nab them from Nike on 30th December. 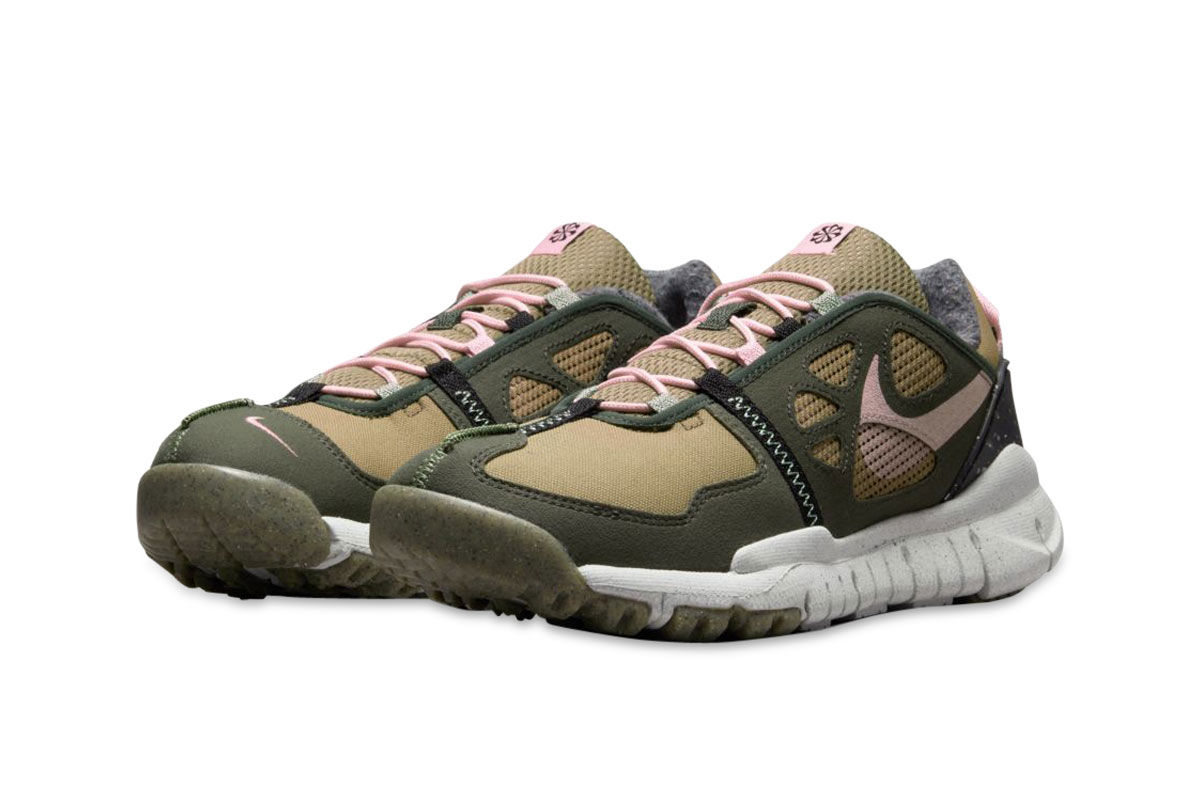 The outdoor colourways have been the rage this year and the brown kelp and pink blaze tones of these Nike Free Terra Vista go hand-in-hand. The Terra Vista doubles as a lifestyle and trail shoe with the style to catch eyes and the durability to last the distance. They’re made from at least 20% recycled materials, continuing Nike’s goal of sustainability in footwear. Head over to Nike on 30th December for your chance to cop. 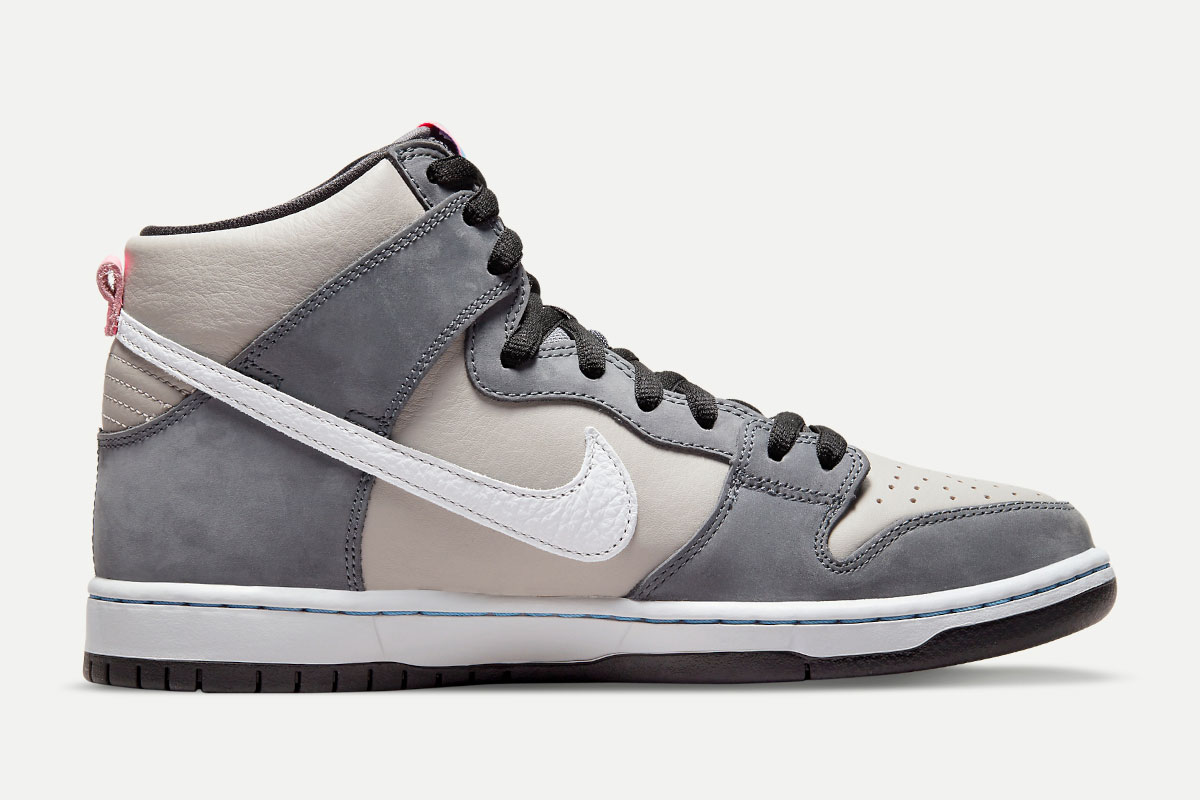 It wouldn’t feel right going out of 2021 without at least one more mention of the Dunk in this column. This time, it’s the SB Dunk High Pro catching our attention for several reasons. This is one of the most durable-looking Dunks we’ve seen yet. They’re modelled off the Nike ACG Air Max Superdrome which mimicked the styling of a snowboard boot. The Dunk iteration is less snowboard-ready and more skate-ready with a durable, premium leather upper mixed with soft suede. The pink and blue tag on the tongue elevates a near-monochromatic colourway. These will be available from Nike on 20th December. 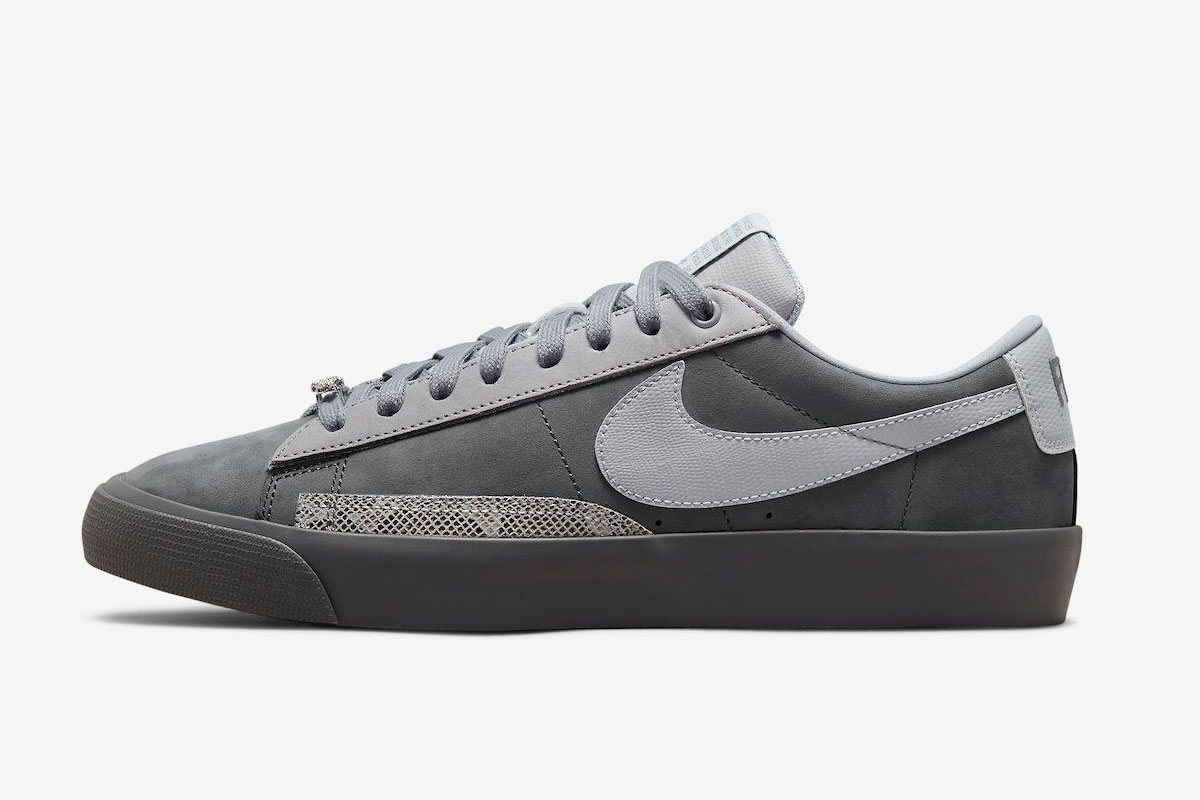 Japanese streetwear brand FPAR has once again collaborated with Nike. This time, it’s taken on the SB Blazer Low which feels like it’s going to be the next Nike silhouette to have its moment. Using all grey tones, it’s a stormy take on the shoe characterised by some choice moves. There are subtle hints of snakeskin patterning and tumbled leather Swishes, taking an understated shoe to the next level. Nike will have these available from 20th December. 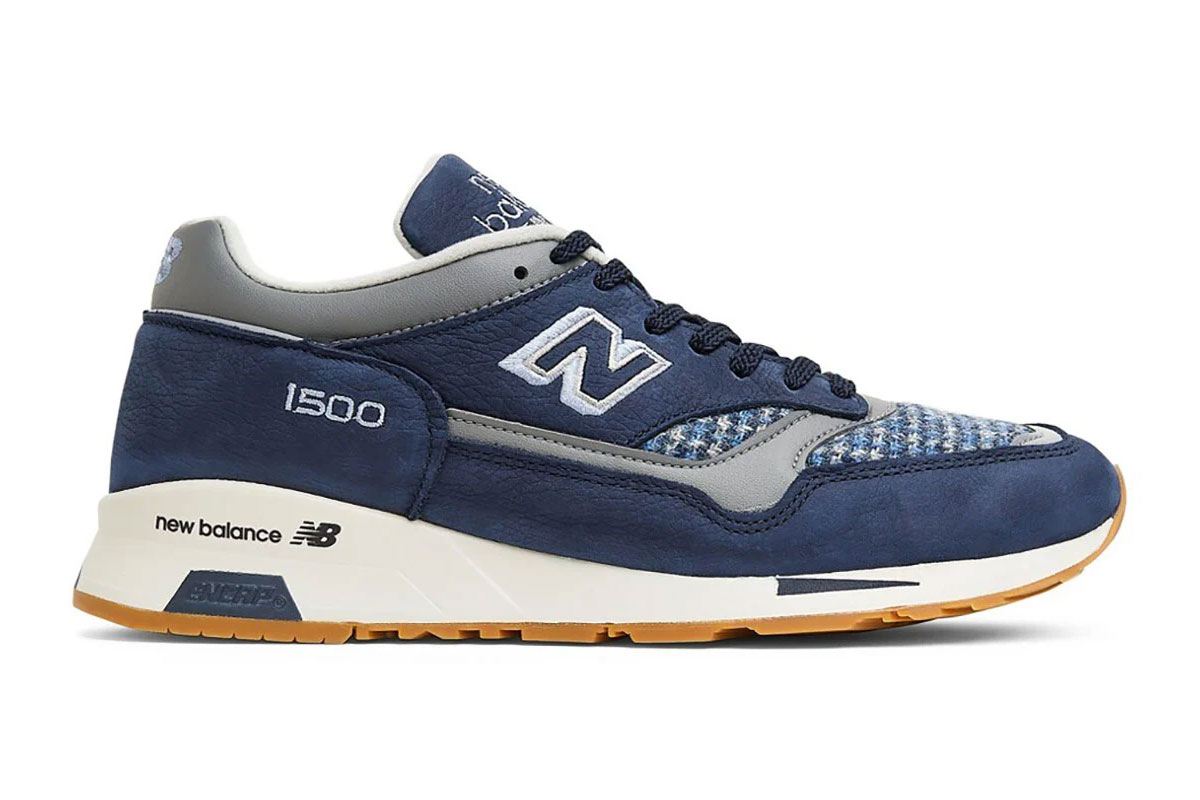 New Balance has spent the year offering new silhouettes and reviving classics with high-profile collabs. It’s hard to go past the well-made classics though which is exactly what the New Balance 1500 offers. Made in the UK, these sneakers feature a mix of nubuck, perforated leather and synthetic materials, dealing in a mostly rich blue colourway. The houndstooth pattern on the tongue is the feature here, elevating an otherwise understated shoe. Keep an eye on Subtype for an official release date. 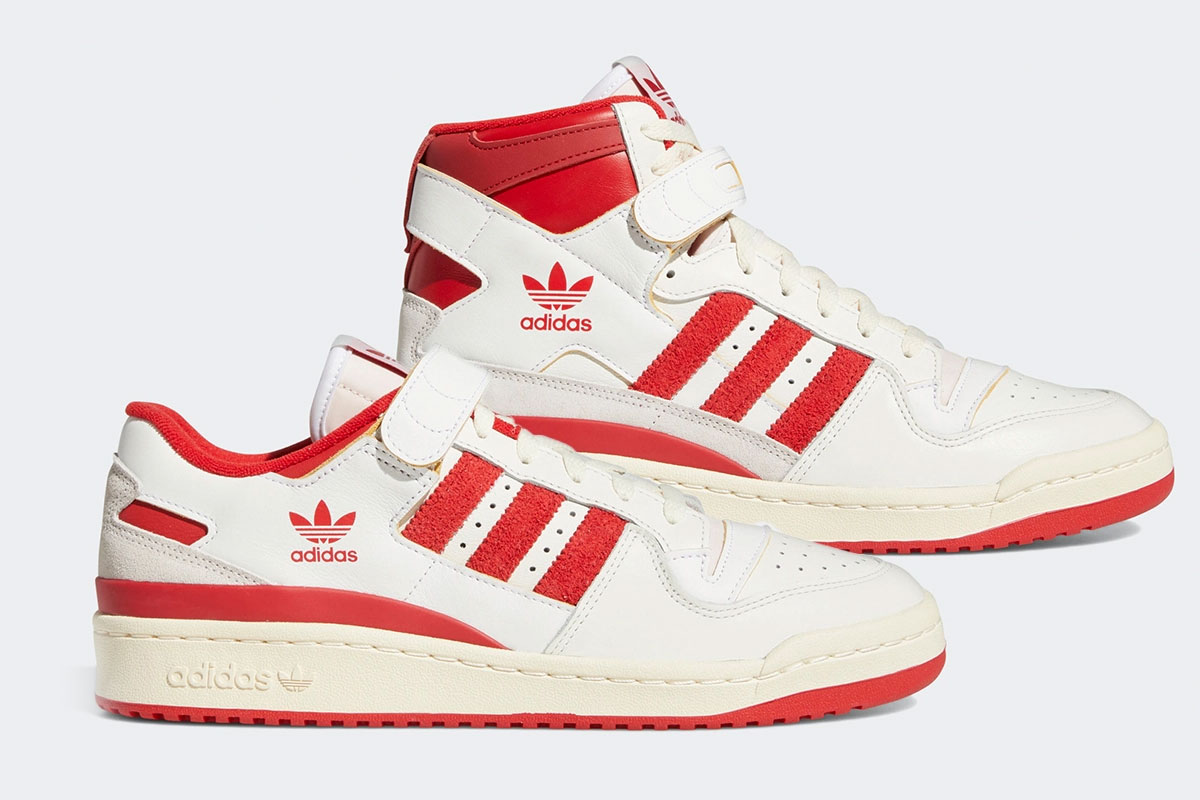 The Adidas’ Forum’s reintroduction into the mainstream has been a winning move for Adidas. It’s the retro 84 Low that has garnered the most attention and it’s likely that this classic red colourway will be a popular drop. There’s already a red Forum colourway out there but this one differs because of its retro feel. The hairy suede and fuzzy laces take it back to the ’80s. Take yourself back there too when they drop 21st December. 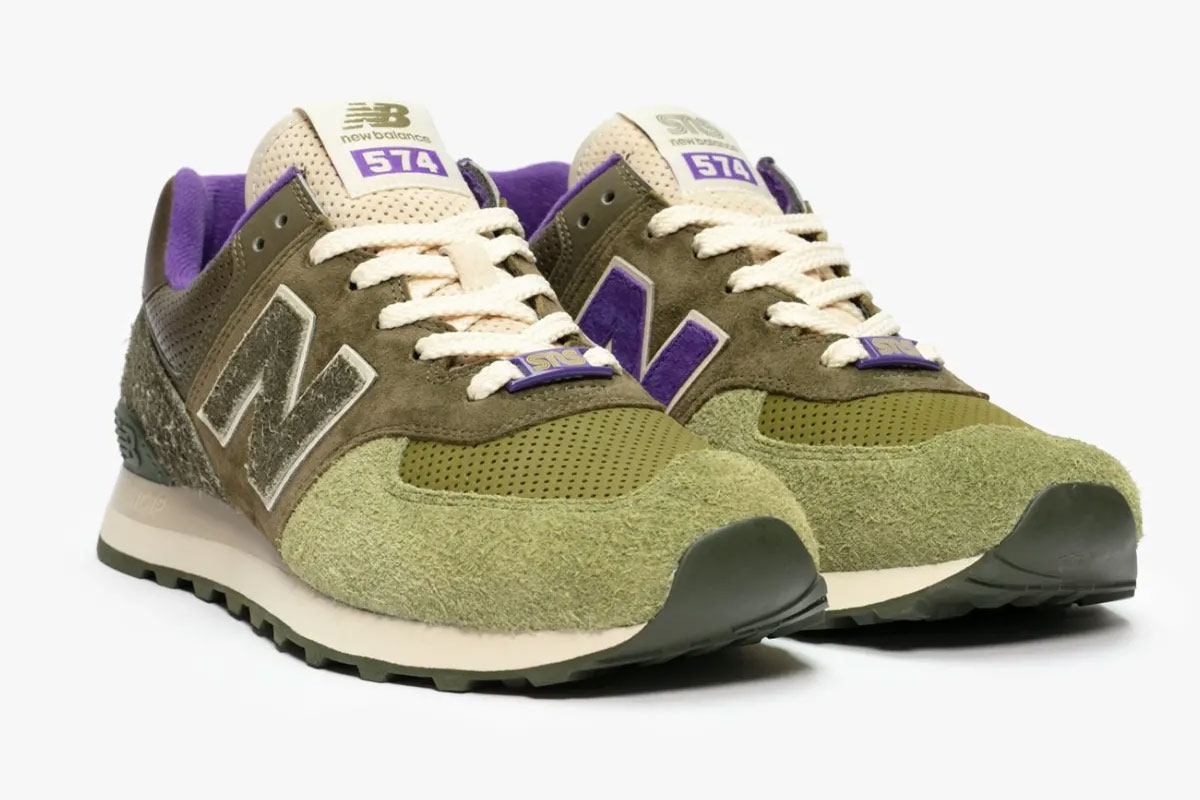 The 574 has become an iconic lifestyle shoe but it was initially designed as an off-road shoe with a sturdy outsole. US sneaker boutique Sneakersnstuff is taking the 574 back to its routes with a green and purple ‘Inspired by Nature’ release. Nylon lined pigskin nubuck and a synthetic leather upper give this pair a distinctively rugged look while also appearing crisp and clean like any good 574. Cop them now from New Balance. 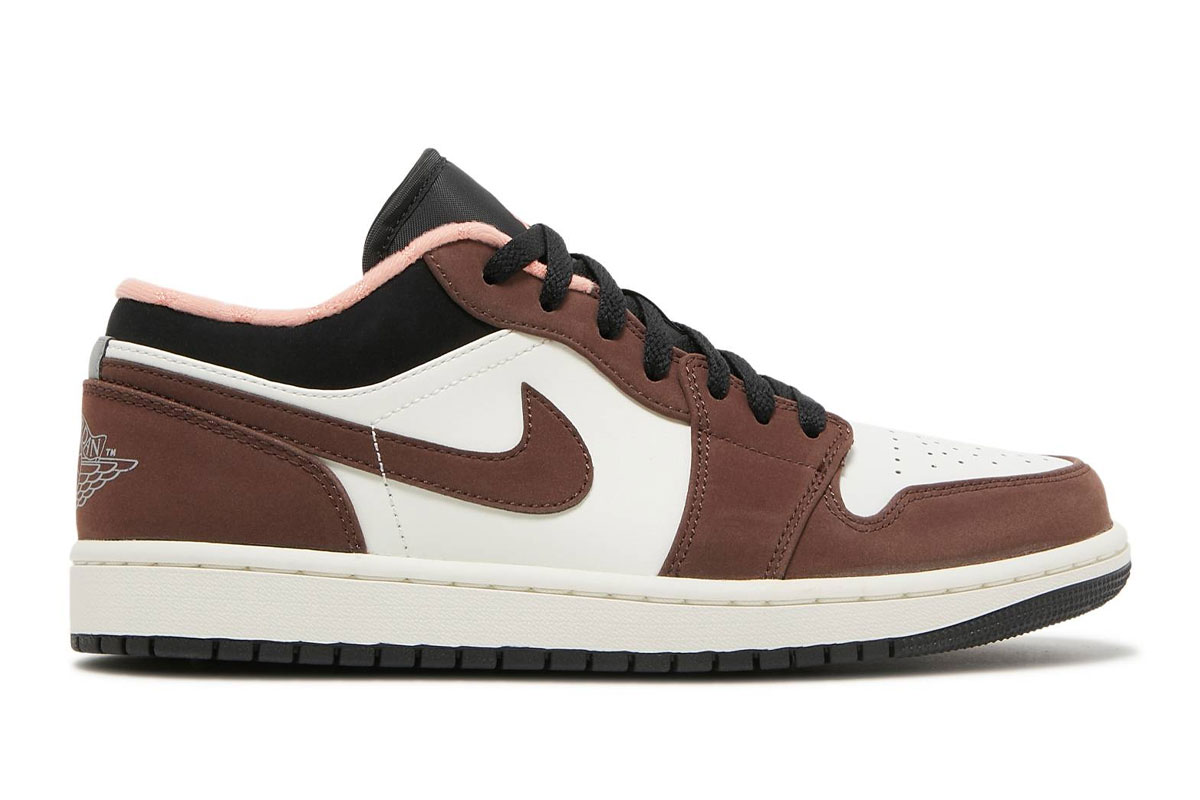 Travis Scott has been instrumental in making brown tones essential Nike colourways and now without Scott Nike are delivering an Air Jordan 1 Low ‘Mocha’. A brown suede overlay and swoosh are complemented by a crisp white leather base and a soft pink sock liner. These dropped earlier in the year overseas but they’re ready to make their way to our shores on 26th December. A raffle will start at Culture Kings soon.

Sam Murphy is the founder of Interns Creative and the writer and co-host of Flopstars Podcast. The New York-based content producer has a demonstrated history of working in the online media industry, specialising in music, fashion and entertainment reporting. Prior to contributing for Man of Many, Sam’s work has been published by such titles as Billboard, NME, Junkee, Music Feeds and Cool Accidents. He holds a Bachelor of Communications (Journalism) from the University of Technology, Sydney.

The Calm Before the Storm